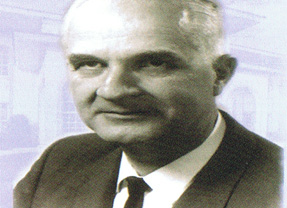 “Pastor, evangelist, educator, and lifelong seeker after truth. His message of excellence in scholarship and piety challenged young and old. His earnest cry for Godliness in thought and deed rang from conventions, camp meetings, and the classroom. A study in intensity and purpose listen to the cry of a burning heart.” – William Snider