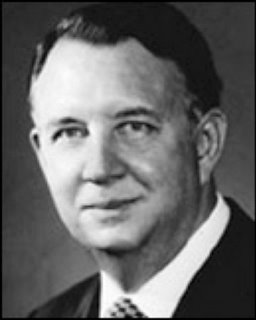 This message has been called one of the most influential sermons of the 20th century and it is certainly one of the most powerful sermons that I have ever heard! I frequently listen to this sermon and I heard it now probably at least a dozen times.

In Judges 17, the prophet, Micah hires a Levite as his personal priest. The price for the Levite’s services was ten shekels (of silver) and a shirt. The real point of this sermon is an indictment of individuals and organizations practicing humanism behind a mask of Christianity.

Everyone should listen to this sermon and obey the truth of it! Make sure you listen to the entire message. The last half hour or so of this message is incredible!

I found this information about the history of this sermon on another site and found it very interesting. “Paris was invited to preach at Bethany Missionary Church (Bethany Fellowship) in Bloomington, MN. He had been there many times. It was their “Deeper Life” seminar (one of 4 seminars held annually). The year was 1964. Paris was apparently unsure of what to preach and had been thinking about this message for some time. In the morning before church he sat at the main dining hall (where the entire fellowship ate each meal). There he scribbled the notes on a napkin. He preached the message. There was no unusual response at the time to his preaching.” It’s amazing to me how God has used this sermon so powerfully to touch so many – while at the time it was preached there was not an unusual response! God is still using this message to touch hearts long after it was preached.